This elegant villa is located nearby the famous beach of Marina di Cottone, situated in quietness among a beautiful garden (approximately 4500 sqm) with tropical and rare plants, where you can spend pleasant moments enjoying swimming in the pool, having sun or making barbeque at the summer kitchen!
And you are situated just at the bottom of the Etna so this combination isn’t bad at all!
The owners take care of each detail in the property (for example the stairs that take from the pool to the main entrance of the house are decorated with antique pieces of ceramics). You can admire the famous ceramics outside and inside the house. There are a lot of tables, chairs and beach chairs for huge groups of people. There is an outside bathroom and a shower too.
The villa consists of three floors but offers two separate entrances - the main part offers a large lounge, a kitchen, 3 bedrooms and 2 bathrooms. The smaller part of the villa is a basement. It has a big kitchen, 1 bedroom and a bathroom. Both parts are in communication with stairs and at the same time can be separated units with proper entrances.

Main part
The main entrance leads directly into an open space with large kitchen in Sicilian country style, important dining table and living room with sofas, armchairs and television. On this ground floor there are also a bathroom fitted with a bath tub, sink, bidet and toilet and a double bedroom! The staircase leads to the first floor where you can admire a spectacular view from the huge terrace: a magnificent Etna and the endless sea, two symbols of Sicily! You can reach the terrace from a cute little living room situated between two bedrooms. Both bedrooms are double and one has slightly sloping roof and another single bed. On this floor, a big elegant bathroom has a shower and a tub.

Basement
The basement is reached directly from the swimming pool. The hallway leads into a lounge kitchen fitted with an oven, hob, microwave, a fridge/freezer, and a washing machine. The living is designed as a place where to play billiard, table football…anyway, where you can have fun! There is a double bedroom with a single bed and a bathroom with a shower.

Drone
The boat tour: book it!

This wonderful villa is located a kilometer from Fiumefreddo, a beautiful town of Catania-Taormina area. 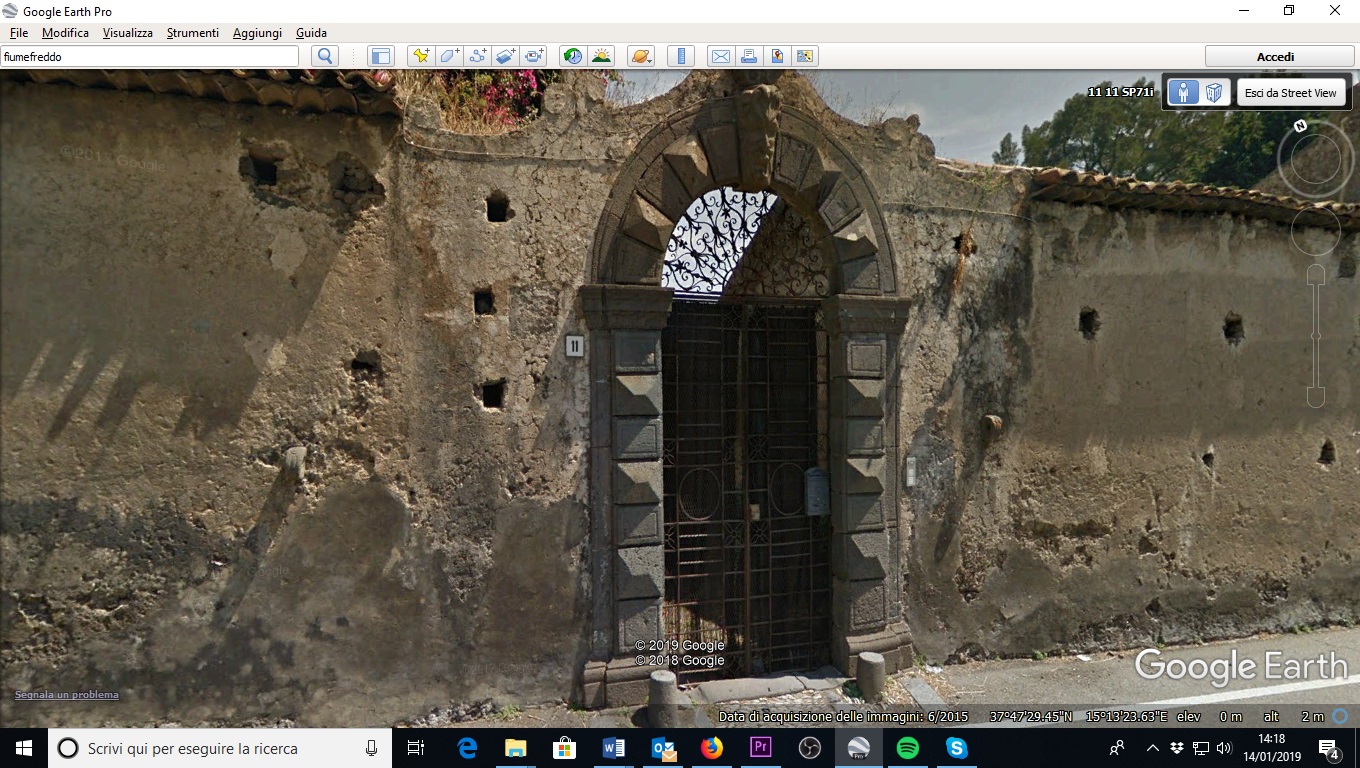 We suggest you visit Castello degli Schiavi (1 km), jewel of the 18th century Sicilian rural baroque, located only 900 meters away, famous all over the world because it has been used several times as a film set. In 1968 Pier Paolo Pasolini shot some parts of L' orgia; he reached world fame thanks to Francis Ford Coppola who preferred it for the setting of the main scenes of The Godfather, both part I (1972) and II (1974), as the unforgettable explosion of the car after the wedding.

We are in the eastern side of Sicily, the homeland of Etna volcano (15 km's) with its inactive volcanoes (the sons of Etna), caves, forests, lava grounds … 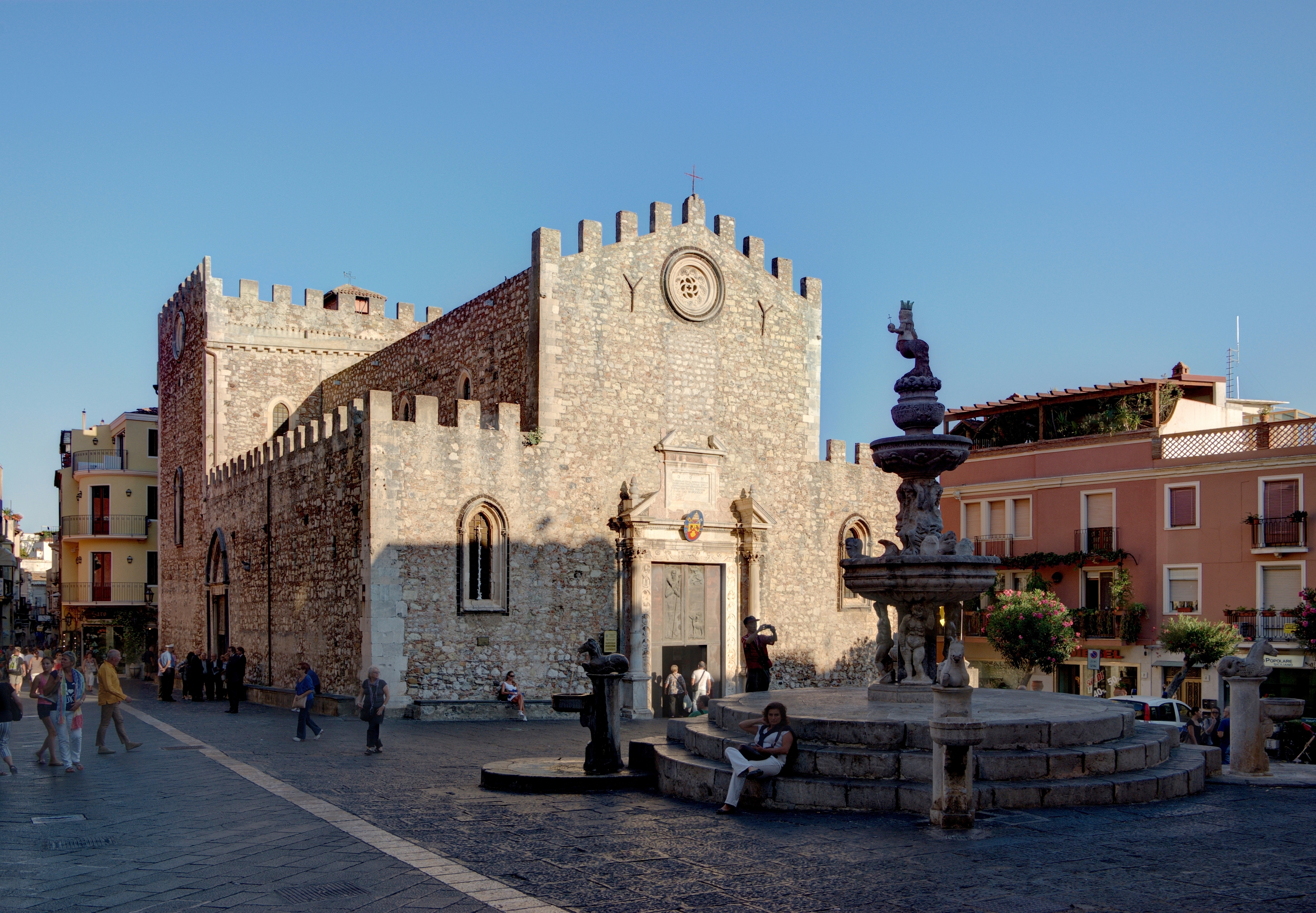 The pearl of Sicily, one of the worldwide masterpieces of beauty: here it is Taormina (10 km's), an evergreen location that has attracted people since the ancient times. Archaeology, myth, a sort of Arab architecture style, amazing landscapes, a blue sea, and such a noble atmosphere, gives Taormina a unique charm. A walk in Corso Umberto is an unforgettable moment to do not miss among exclusive shops, delicious restaurants and coffee, stunning views of the sea, the Greek theatre, the terrifying shape of Etna volcano on the background.

Few kilometers away from the downtown, here it is one of the most beautiful place in the world: Taormina mare (Mazzarò, Spisone, Isolabella), with so many lido (private beaches) where one can enjoy a meal by the sea.

Other two great locations (very good for fisheries and beaches), are Letojanni (5 kms) and Giardini Naxos (1 km), the latter with the ruins of Naxos, the first Greek settlement in Sicily (VIII b.C.).

In Catania (15 km's) I suggest parking the car in Piazza Alcalà and then have a walk: let's start from the worldwide famous Pescheria, then to Piazza Duomo (the heart of Catania) and from it take the Via Etnea, the main street of the town, a pedestrian walking full of shops, cafe's and wonderful buldings in Baroque style. Let's walk for about a kilometer, visiting the Roman amphitheatre (in Piazza Stesicoro) until arrive to the Villa Bellini (Catania's public garden).

Martin Germania (Airbnb)
30 Jul 2021
We where a group of 6 people and had an amazing stay at the villa Mamme Nella. Everything is like on the pictures. Well equipped and the pool is amazing. It's a quiet location, but still in walking distance to the city. There is even a very nice cafe (Cohiba Cafè) close to the villa. The owners are very friendly. They organiced grocery shopping at our arrival and we had a dinner at the house with a chef they organized. The owner even drove us to our rental car pick up to Taormina. Great place to enjoy a perfect vacation.
Josef Francia
24 Jul 2020
A perfect oasis to spend your vacations in peace and quiet. A well-kept garden and many corners where we could been together. Lovely house with carefull host.
Tobias Olanda (Airbnb)
28 Jun 2019
Such a wounderful place between the Etna and the sea.The house is very nice and has all in it you could ever need. And a nice outdoor kitchen is also available. Breakfast on the terrace and after some refreshingin in the pool. We travelled with our children and they loved the garden and outdoor space. Emiliano was a perfect host, polite and always available.

The electricity is included up to a consumption of kWh 250 per week. Beyond that limit it will have a cost of € 0,40 per kWh.

Damage deposit to be paid locally: € 500 to be refunded upon departure

When the customer cancels a reservation 60 days or more before the arrival date the owner will retain the half of the paid sum as a cancellation penalty charge.

When the customer cancels a reservation 59 days or less before the arrival date the owner will retain the whole of the paid sums as a cancellation penalty charge.

Piedimonte Etneo (CT) from € 285 /day
Villas with pool 8 4 4
Trecastagni (CT) from € 0 /day
Amazing seaview properties 13 5 5
Pedara (CT) from € 250 /day
Five Stars Accommodations 8 4 4
This site uses cookies. By continuing to browse the site, you are agreeing to our use of cookies.
Ok Find out more