Simeto river
All the places

The reserve is located on the plane of Catania, along the mouth of the Simeto River, the longest Sicilian River in scope and watershed area. It originates in the Nebrodi mountains and flows into the Ionian Sea, south of the Etna town.

It is certainly a happy Kingdom for birds, the residents and the migratory, that fly back and forth in this area from Northern Europe to Africa.
The area has sandy dunes and reed beds, typical of the wetlands.

The mouth of the Simeto is also known for its amber, a fossil resin seen since prehistoric times. You can often find some after a storm that contains an entrapped fossil.

Actually the Oasi del Simeto includes the new and the old mouth of the Simeto together, that is, what remains of the ancient marshy area, Lake Gurnazza and Lake Gornalunga (formed by a tributary of the Simeto). 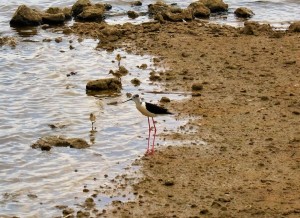 During the year here, the fauna is comprised of more than 180 species of migratory birds, including the black-winged stilt (photo), grey herons, egrets, wild goose, cormorants and many others.

map
Giovanni Verga (Catania, 1840 - Catania, 1922) was a Sicilian writer and playwright, who in many of his works has beautifully recounted men and events of his island. Housed in a nineteenth-century...
map
Catania is one of the oldest and richest archaeologic cities of Sicily. The problem is that lava has practically submerged a good many of its ancient monuments. Let's have a stroll among the...
map
Cittadina dal grandissimo passato, che in questo museo illustra la storia di Leontinoi e del suo territorio a partire dalla preistoria fino all’età medievale, attraverso l’esposizione di...
This site uses cookies. By continuing to browse the site, you are agreeing to our use of cookies.
Ok Find out more