Lachea island
All the places 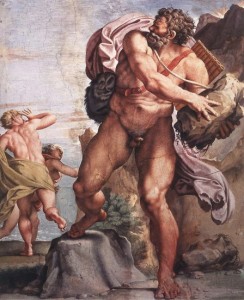 Near the fishing village of Acitrezza, about 200 meters from the shore, there are these spectacular rocks (Islands of the Cyclops) that legend has it were the put there by the one-eyed giant. The Cyclops, in love with the nymph Galatea, threw the rocks at the shepherd Aci, his rival in love. (in the PHOTO, a picture by Annibale Carracci, at the Farnese Gallery in Rome). According to Homer, the rocks were thrown at the escaping boats of Ulysses – None. Either way, Poliphemus put them there!!! 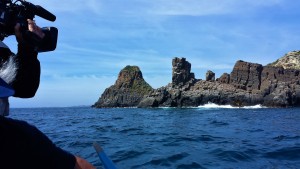 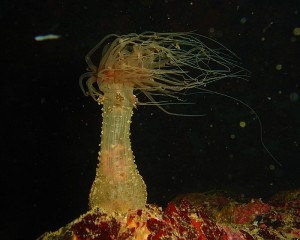 The bottom is spectacular for divers.  Typical inhabitants are cormorants, Mediterranean gulls and town gulls.

At the summit of the island you find: a museum that exhibits flora and fauna of the island and the archeological and geological relics found in the area; a cistern; the Grotta del Monaco, because the hermit San Pier Damiani, born in Aquitania, lived here between 974 and 1044, when Sicily was dominated by the Arabs.

map
Roman Baths of Santa Venera At these beautiful Roman baths it is easy to reconstruct the path to wellness made by these ancient Sicilian in the first century AD. Characteristic vaulted ceilings are...
map
Eight lava caves, almost in the center of town, itself in a lava field. In length they reach about 1.5 kilometers. Today inhabited by bats, in the past the housed people (Bronze...
map
A vast promontory created by repeated volcanic eruptions in various time periods, that fall to the Ionian Sea with steep, vertical walls.  La Timpa is in good part inaccessable and impervious. From...
This site uses cookies. By continuing to browse the site, you are agreeing to our use of cookies.
Ok Find out more