Capo Passero of Portopalo island
All the places

To the extreme south of Sicily we find this island, some 1300 meters long, 500 meters wide and about 37 acres in all.

On its western part, the one closet to the coast, the combined action of the tides and winds form a beautiful beach.

To the north you find a tonnara, dating to the thirteenth century, now abandoned and where you can still see a large number of ancors, now rusty: the: they attached heavy nets to the bottom of the sea that led to the tuna “death chambers”.

The center of the island is popolated by dwarf palms, newly classified as a protected species.
The isolated reefs and the peak of the north-western coast is home to many species of gulls.

Of great importance on the island is certainly the 16th century fortress of Charles V, that was probably built on something that already existed and that occupied the highest part of Capo Passero. It was one of the actions taken by the Sicilians to protect against pirate raids. It has a square plan and stands, elevated, to 22 meters high 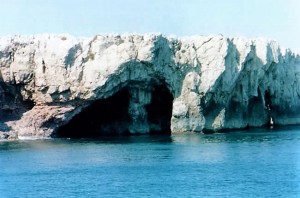 The island originally had many sea caves also, among which the most famous are those that formed the complex called “Grotte del Polipo” or “Octopus Cave”

map
This natural reserve is an enchanting paradise, among the most important in Europe for the many species of migratory birds that choose this humid area near the sea as a stopover on their long,...
map
Founded in the 7th Century BC, Eloro is an ancient Greek city whose ruins are located at the mouth of the River Tellaro, near Noto. Eloro stands in a magic place: the...
map
Noto One of the masterpieces of Sicilian naturalistic-archeology where both countryside and the works of man triumph. Ancient Noto is referred to thusly to distinguish it from the newer town of...
This site uses cookies. By continuing to browse the site, you are agreeing to our use of cookies.
Ok Find out more