Vendicari
All the places 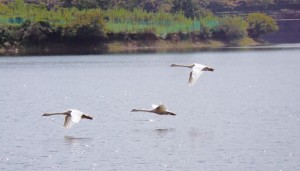 This natural reserve is an enchanting paradise, among the most important in Europe for the many species of migratory birds that choose this humid area near the sea as a stopover on their long, fascinating and mysterious journey.
Here there is everything: rocky, sandy coast, Mediterranean shrubs, salt marshes and cultivated areas.

And especially interesting are the marshes (used in the 16th century for salt to support the tonnara, but no longer used): Pantano Sichilli, Pantano Roveto, Pantano Grande (that have ruins of salt) and the Pantano Piccolo, the only one that never dries since it is fed by perennial springs. 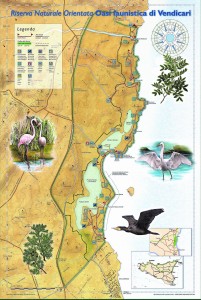 Thanks to the presence of birdwatching cabins, it is possible to observe the birds, armed with binoculars.

Vendicari is a spectacle that goes in waves from October to June when flamingoes, herons, storks, cormorants, coots, gulls, black-winged stilts…come here as guests.

The reeds enable nesting of marsh birds and gives shelter to many invertebrates and microvertabrates.

The reserve is one of the most important areas of conservation for two reasons: the wetlands are among the least spoiled by man in the region and it is also on the migratory path, carpatico-danubianico-italica.
Here over 200 different species of birds have been observed, which rightfully earns this place the title of “paradise of the birds”.

Here over 200 different species of birds have been observed, which rightfully earns this place the title of “paradise of the birds”. 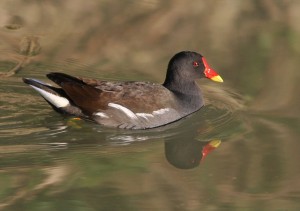 Among the significant nesting species ranks the moorhen, (PHOTO) the water rail,  the plover and the reed warbler.As if that wasn’t enough nature in this area, between one quagmire and the other, there is a series of archeological finds such as a Greek road that connected the area to Siracusa (Via Elorina, 4th century BC); vessels for the protection of the much loved garum (a typical seasoning of the Greek age obtained by drying fish); a Byzantine church (the Trigona); and various constructions, towers, blocks of houses and various ruins from every age. The salt at Vendicari dates back to1400: today there are traces of it on the Pantano Grande. Other traces of human presence are in the Bufatu tower, built well in the 18th century. 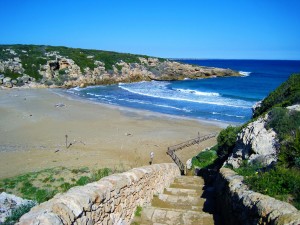 Off the coast of Vendicari is the little island of the same name. It is possible to swim on a stretch of the beach there.

map
Founded in the 7th Century BC, Eloro is an ancient Greek city whose ruins are located at the mouth of the River Tellaro, near Noto. Eloro stands in a magic place: the...
map
Noto One of the masterpieces of Sicilian naturalistic-archeology where both countryside and the works of man triumph. Ancient Noto is referred to thusly to distinguish it from the newer town of...
map
GPS  36°58'3.32"N    15° 5'38.79"E       One of the most beautiful places in the world? The “terrestrial paradise”, as...
This site uses cookies. By continuing to browse the site, you are agreeing to our use of cookies.
Ok Find out more