Ancient Noto
All the places 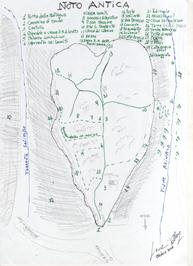 One of the masterpieces of Sicilian naturalistic-archeology where both countryside and the works of man triumph.

Ancient Noto is referred to thusly to distinguish it from the newer town of Noto, reconstructed after the earthquake of 1693.

Ancient Noto (in the curious shape of a heart) was on this hill, the hill of Alveria, where the remains have been perched for thousands of years.

We are on the highest part of this mountain on whose slopes we find two very deep “cave” (canyons in Sicilian).  The setting is exceptional, with steep cliffs that naturally defended this site from the east and west. One enters from the other two parts (north and south).Entering from the north is a medieval gate, an exceptional bulwark of the city, almost completely intact. You walk among history here, like in a ghost town, like a survivor ! 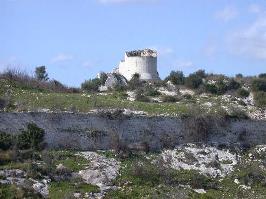 Once inside ancient Noto, there are a series of spectacular sites that belong to all the ages: here is a medieval castle (photo) with graffiti from the prisoners still visible, Greek antiquity in various parts of the city, sumptuous seventeenth century buildings falling apart, boundary walls from every epoch, altars, niches, former hospitals, caves, churches, Hellenistic gyms…all surrounded by vegetation that suddenly becomes thick and insurmountable.

It sneaks up on you, takes you on a strange path, you get lost, you find yourself again, you climb…in the absolute silence of this naturalistic setting. 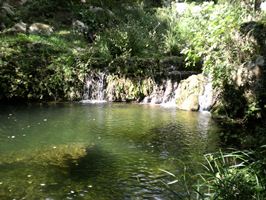 A great walk is one that you can take down to the river below (Cava of the Paradise, photo). It is a zigzag path from the past that reaches a kind of earthly paradise where the Asinaro River (another participant in the battle in 413 BC, that epic battle that saw Syracuse destroy Athens so becoming the queen of the Mediterranean) between one waterfall and another, runs alongside other remains from the past. One above all: the ancient local tannery, carved into the rock.

map
Founded in the 7th Century BC, Eloro is an ancient Greek city whose ruins are located at the mouth of the River Tellaro, near Noto. Eloro stands in a magic place: the...
map
GPS  36°58'3.32"N    15° 5'38.79"E       One of the most beautiful places in the world? The “terrestrial paradise”, as...
map
This natural reserve is an enchanting paradise, among the most important in Europe for the many species of migratory birds that choose this humid area near the sea as a stopover on their long,...
This site uses cookies. By continuing to browse the site, you are agreeing to our use of cookies.
Ok Find out more