Maccalube (Natural reserve)
All the places

These are active volcanoes emitting gas and mud, and sometimes assuming an explosive character. In various parts of Sicily, these phenomena exist, but these of Aragona are certainly the most impressive. Needless to say, there have been legends and suggestions over time, ever since Plato, Aristotle and Diodorus of Sicily… as well as the Romans who used mud for thermal purposes.  The hill of volcanoes is very special. It looks like clayey, bare land, whitish to dark gray, from which rise a series of small cold mud volcanoes, about one meter high, formed by the continuous release of clay from the ground. Methane escapes from them. 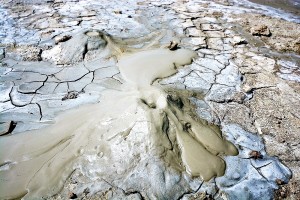 Just as if they were some kind of volcano, sometimes the booming sound announces the explosions of clayey material, mixed with gas and water, and shoots to a considerable height.

It is a particular phenomenon called geological sedimentary volcanism that manifests itself when there is a lot of pressure from the build up of gases (such as methane) and clay earth below.
The small ponds that form in the rainy season are populated by green frog and discoglosso painting (Discoglossus pictus).

map
Petra di Calathansuderj This spectacular limestone crag (70 m long by 40 m wide and 30 high) rises by itself and suddenly amidst the “calm” of the hills of this part of Sicily. It was the seat...
map
Temples valley This is the largest archaeological park in the world, a UNESCO World Heritage site, and one of the most beautiful places in Sicily, of course. The extraordinary nature of this...
map
Uno dei musei più importanti del mondo che conserva soprattutto i reperti dell’antica Akragas, potenza siceliota del V sec a.C. Di grandissimo impatto emotivo sono certamente la collezione...
This site uses cookies. By continuing to browse the site, you are agreeing to our use of cookies.
Ok Find out more