Morgantina
All the places 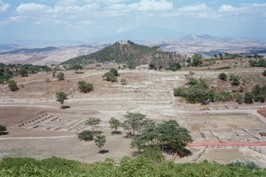 This ancient city has returned wonderful things. It is one of the most beautiful and important archeological sites on the island, and right in the hinterlands.
Morgantina has the remains of protohistoric Sicily, Greek and Roman, carrying visitors through thousands of years of history. 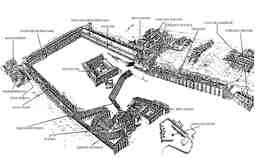 The archeological area, still booming with excavations in progress, has yielded splendid finds.
We start from the Agorà, full of splendor.
Here is a gymnasium of the 3rd century BC, with a long portico, 90 meters, where young people were trained. We can see various rooms such as locker rooms, and tubs for bathing. To the east is the monumental Fountain of the Nymphs, with two basins with Doric friezes. You can see the ruins of the bouleuterion (city council) inside of which is a semi-circular wall and a rectangular podium.
An imposing construction is the city market, the macellum, from the Roman era, which had 13 shops of the same size on either side of the colonnaded courtyard and a central circular kiosk. It is easy (and magnificent) to imagine the merchants in their shops…

On the west side, near the entrance to the macellum, we find a sacred area with rectangular altars.

South of the Agorà is the ekklesiasterion, where important decisions were made. 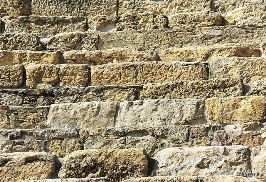 The Great King of the Agorà is the theater of the 4th century BC, dedicated to Dionysus, whose name appears above one of the stairs (photo) that forms the auditorium. Having 15 sets of stairs, the auditorium could hold up to 5000 people. 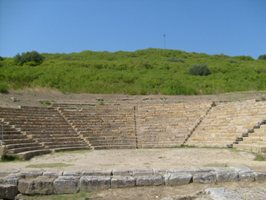 Next to the theater and in an elevated position very close to it, we see the Sanctuary to Demeter and Persephone, the two divine protectresses of the city.  The sacred building, that you can reach from the west side, was built of two distinct sections, organized around two courtyards. We see a tub for purification and a small devotional room. A nearby furnace seems to have served for the local production of terracotta votive objects. At the time of excavation many lamps were found probably related to night worship, which was frequent in the case of the chthonic deities.

To the south of the sanctuary is a second sacred enclosure (temenos), again in a trapezoidal shape.
On the east side of the Agorà are buttressess that support the outer walls of the city’s granary and near to this, a furnace. It is an imposing, arched furnace, and it can be seen from the southeast side of the Agorà. 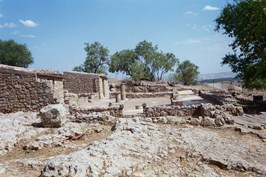 It is easy to feel the majesty of Morgantina, that in the third century, had some 10,000 inhabitants.
We pass by the residential quarter (photo 4), above the Agorà, where a series of buildings impress the visitors. Among the houses, we start with the so called House of the Greeting, where seen at the entrance, in mosaic, is inscribed the word Eyexei (welcome in Greek, photo 5). 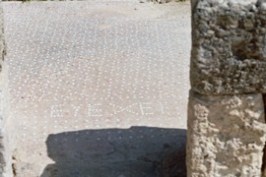 We see a central peristyle that, other than to illuminate the surrounding rooms, funnels rainwater into two tanks.

Here there is the House of Ganymede, with a beautiful rectangular peristyle and columns in the Doric style. Two rooms have red painted plaster walls and a mosaic floor, of which the first represents the Rape of Ganymede (so fabulous to be abducted by Zeus himself!)
Following the remains of the fortifications, we arrive, on the western hill, at another residential section. 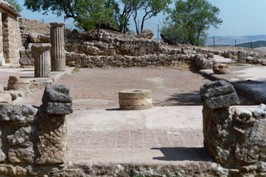 Still here a lot of dwellings as: the Casa del Magistrato with 24 rooms ! the Casa Pappalardo, (550 square meters large) with wonderful mosaics …

At least, in the highest point of Morganitna you can visit La Cittadella, still exploring.

The masterpieces of Morgantina aare housed above all in the Museum of Aidone.

map
Fenomenale museo siciliano, in pieno entroterra, a due passi dagli scavi di Morgantina che con i suoi ritrovamenti rende bellissimo questo museo. Il museo ne illustra la storia dall’età...
map
These natural reserve place in Erei mountains, in the midland of the island between Enna and Piazza Armerina. Oaks, pines and eucalyptus at above 800 m....
map
Maktorion (monte Bubbonia) A wonderful place from a landscape point of view, at 595 meters above sea level, this was perhaps the seat of the ancient Sicani city, Maktorion, from the 8th century...