The archeological rock among a lake, grain fields and cows. Sicily at its best!
All the places

The wonderful world of Entella

A place of a poignant beauty, among the absolute masterpieces of Sicily that in one fell swoop presents archeology, landscape and nature. 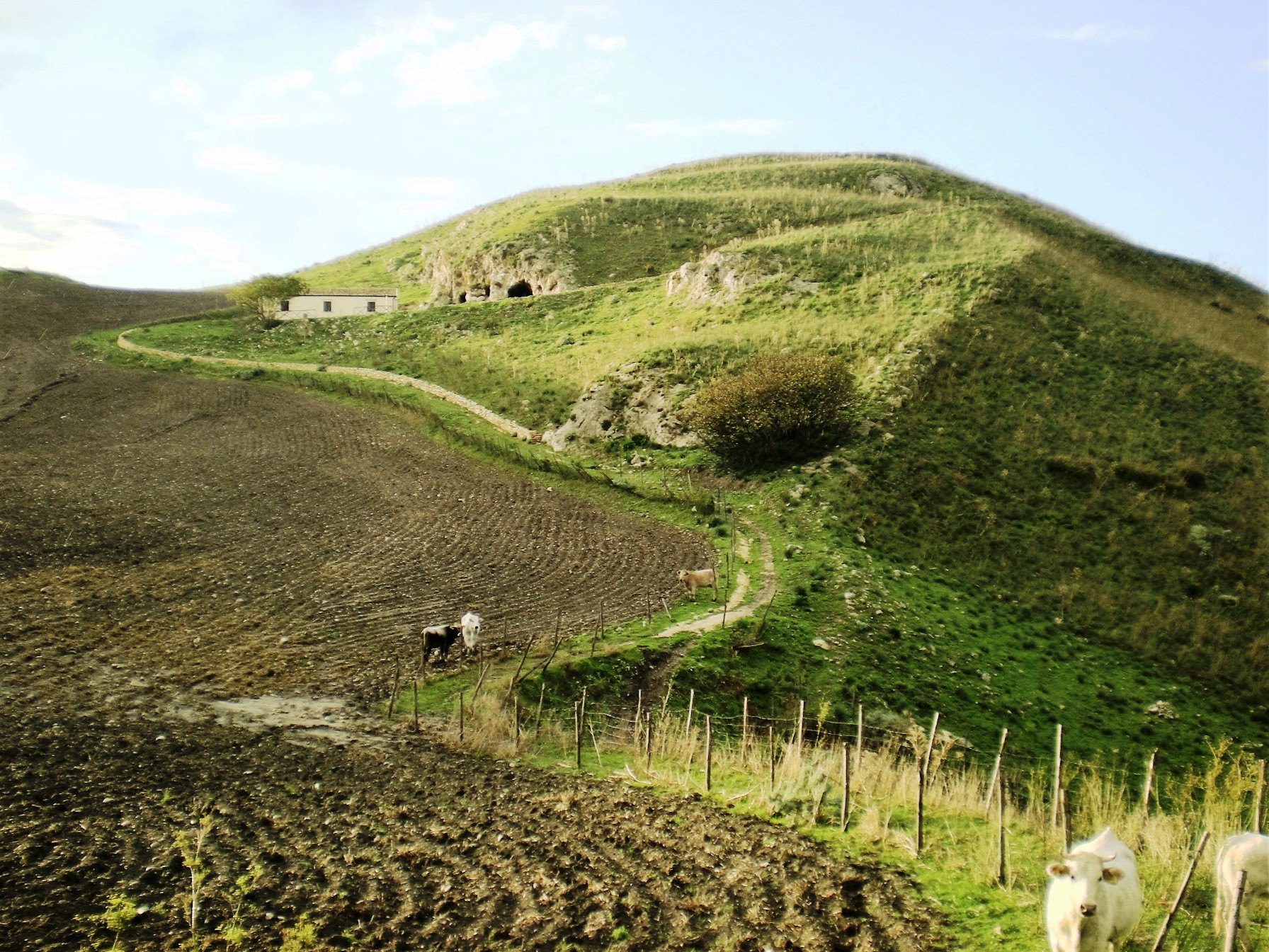 It is one of those places that a Sicilian should see at least once in his life, just because it is such a big part of the history of this island. Apart from that fact that if we may repeat ourselves, it is worth seeing because it is incredibly bucolic.

Entella is a rock, some 557 meters high, that rises from the wheat fields in western Sicily, full of legends and history from every century. 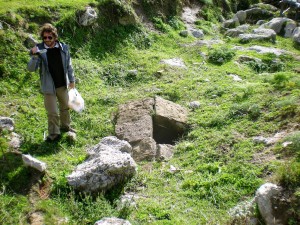 The best slope to climb is the southern one where, from halfway up, you can see the tombs (photo) of the necropolis.  After arriving at the top, you will see the vast plains of Entella.

Going to the left (south) you will approach the ruins of a castle dating from the Arab-Norman period. 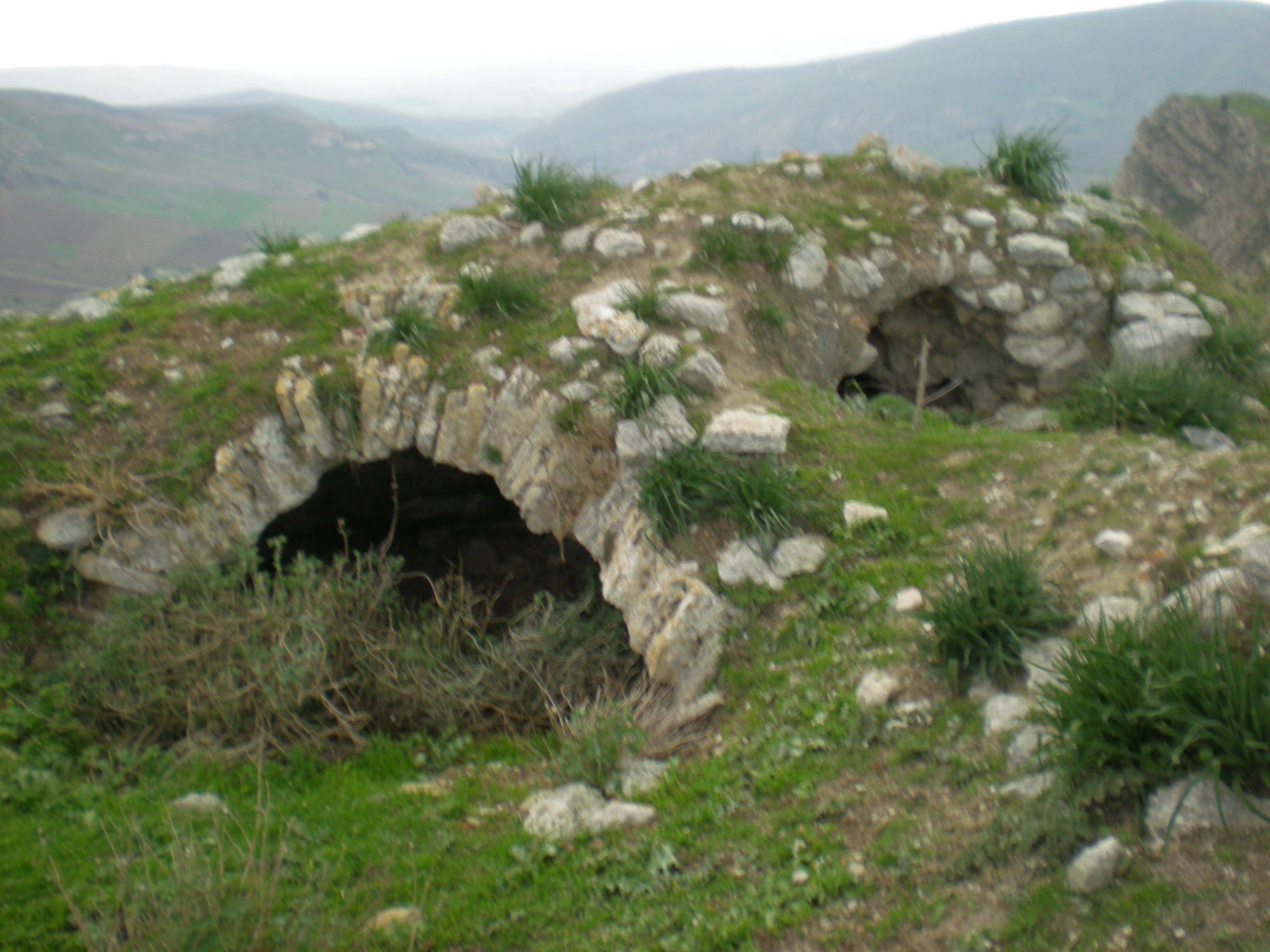 Surrounded by huge plowed fields, here buildings once surely stood, the proof of which is the abundance of ancient pottery found.

A little further and you will be on the western part of the rock, where there are city walls and a beautiful panoramic view of Lake Garcia, so bucolic that it looks as if it were a romantic Sicilian painting. 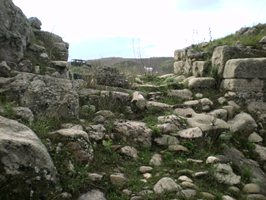 Not much has survived besides the grandure of this imposing walls  , and it speaks volumes about the glorious past of the site.

The entrance way, is very narrow and is easily seen (photo).

On the other side, the west, (that is, going right once at the top) there is a little ridge called Pizzo della Regina where there are traces of a castle with traces of an interesting cistern with a barrel vault.

A little below, on a big plain, is perhaps where was the Agorà, the true center of the city of Entella

The excavations brought to light what was perhaps a macellum (the market, photo) for the citizens. We can see different rooms, separate from each other, perhaps old shops. It is the best preserved structure on Entella and from the 5th century BC

At Entella they were exceptional discoveries. Importantly, today, at the archeological museum in Palermo, you can see the so-called Decrees of Nakone, bronze tablets inscribed in the 3rd century BC that describe the means to settle the conflict that had arisen within the city.

Here below runs the river Crimiso, nothing short of legendary. Here an historical battle was fought, in about 400 BC, that saw 15,000 Sicelioti captains of Syracuse’s Timoleonte demolish a good 70,000 Carthaginians led by Amilcare and Asdrubale. The Sicelioti triumphed thanks in large part to a sudden flood of the river Crimiso (due to a temporal) and the Carthaginians found themselves fighting against two armies: one of water (that, given the heavy armour was very hard to overcome) and one of the heavily armed soldiers.

All of this happened right under the eyes of Entella.

Being devoid of money to pay to the mercenaries, I sent 1000 soldiers with the most able officers to the area controlled by the Carthaginians. They plundered a large territory, transported large amounts of loot and handed it over to Timoleon, who sold the loot and collected large amounts of money. The mercenaries were given the money to extend their term. They also seized Entella, put to death the 15 most vocal supporters of the Carthaginians and granted freedom to others.  As the power and fame of Commander Timoleon increate, all of Sicily’s Greek cities submitted readily to Timoleon.  (Diodorus Siculo)

map
Maranfusa This area is characterized by the presence of an impressive Arab bridge downstream and at the top of the mountain, ruins of the Castle of Calatrasi (all Arab) and from the traces of a...
map
In a landscape with a very high bucolic profile, one of the most excellent in Sicily, here is this particularly suggestive karst cave, right under the plateau of Entella, seat of the ancient city of...
map
Il monte è un massiccio carbonatico formatosi per la lenta sovrapposizione di sedimenti fossili su fondali marini antichissimi risalenti al Trias superiore (per intenderci, al tempo dei dinosauri) e...
This site uses cookies. By continuing to browse the site, you are agreeing to our use of cookies.
Ok Find out more