The splendor of art
All the places 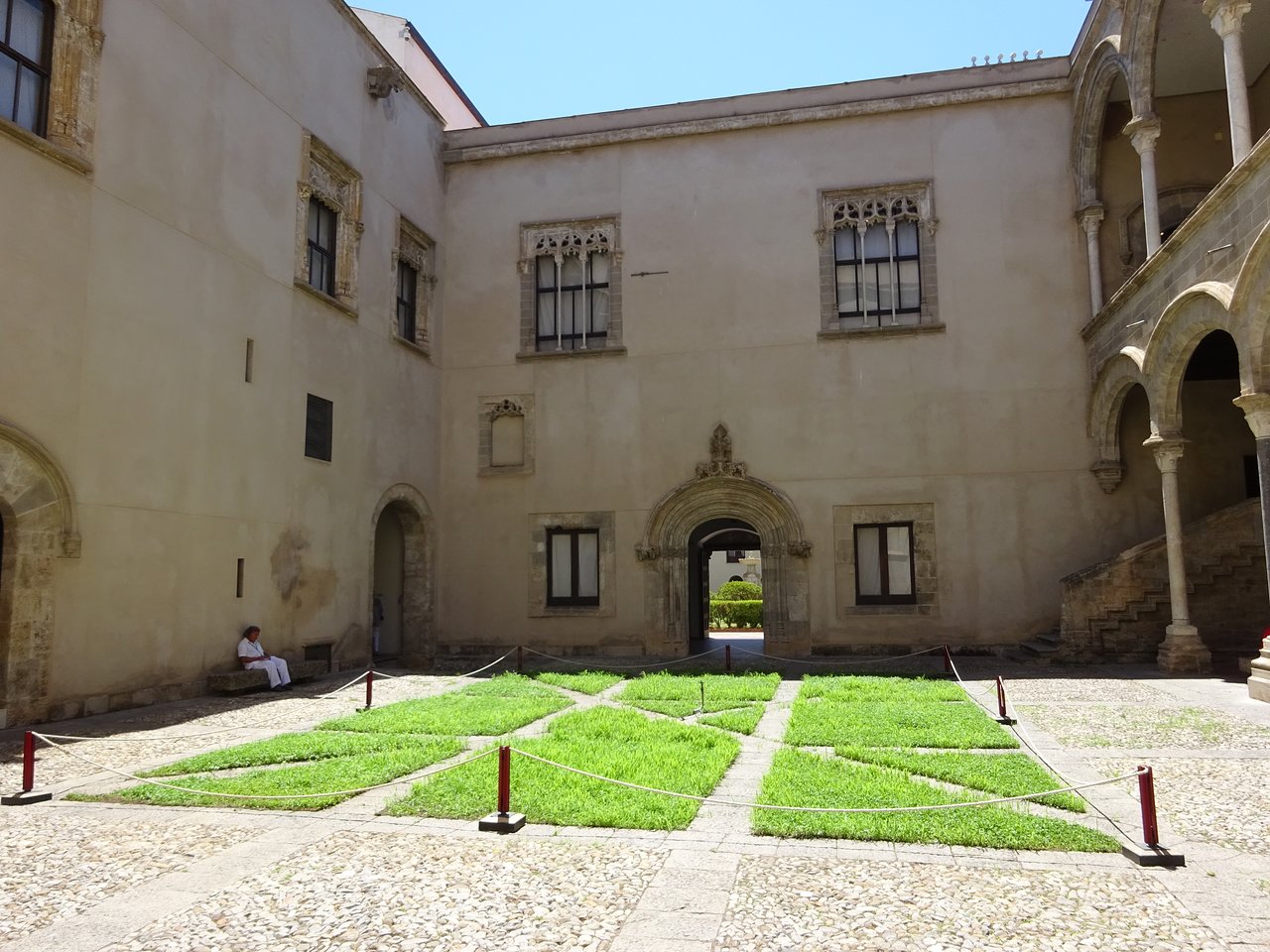 One of the most important Sicilian museums.

It is housed in a splendid fifteenth-century building, of Gothic-Catalan architecture, which was the residence of Francesco Abatellis, Master Portulano of the Kingdom.

The museum shows the evolution of figurative culture in Palermo and western Sicily from the twelfth to the eighteenth century.

The gallery's collections come from acquisitions and donations.

The main theme of this flour is the display of sculptural works from the XII to the XVI century, alongside which other contemporary but different types and styles are inserted. 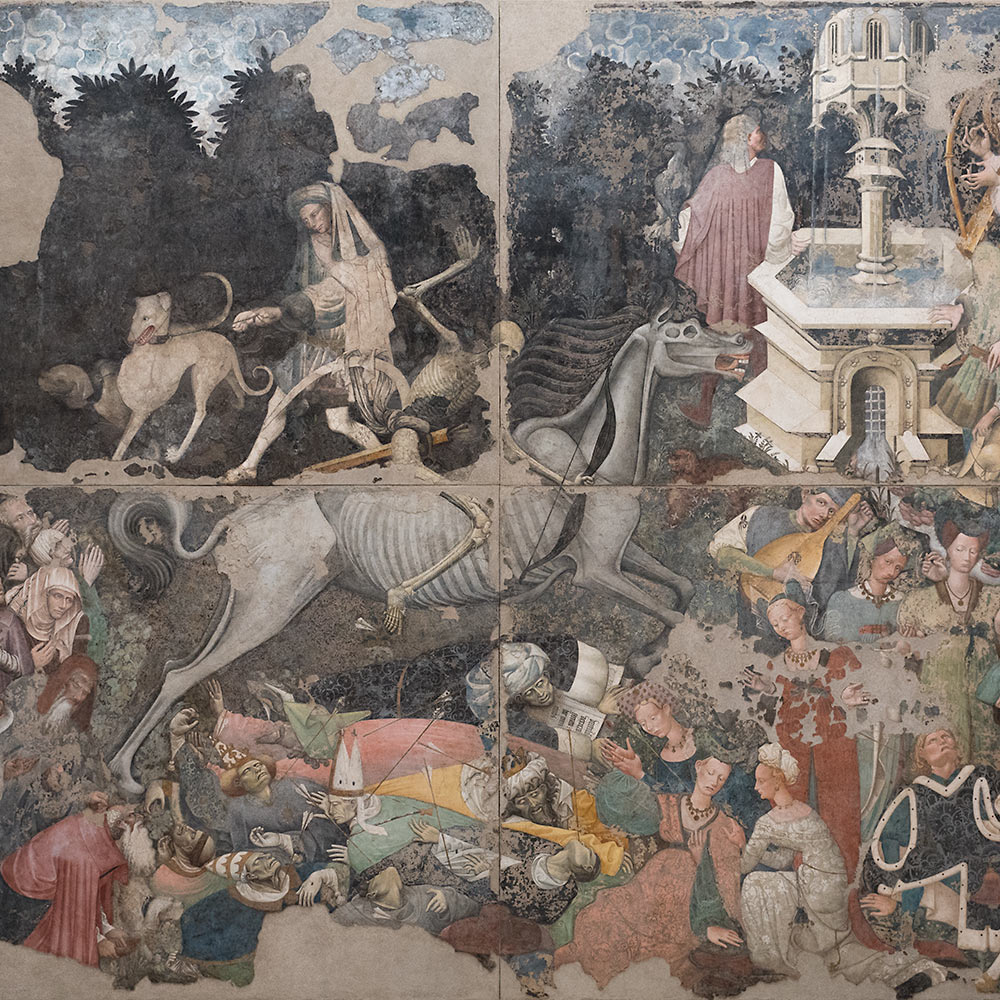 room 2 sculptures of the '300 and' 400 and the great fifteenth-century fresco of the Triumph of Death, an absolute masterpiece of painting. Under the dome, on the back wall, this fresco detached in 1944 from the courtyard of Palazzo Sclafani makes a fine show.

The scene takes place inside an elegant walled garden, where the death, mounting a skeleton steed, breaks into, ready to shoot deadly arrows on noble and elegant ladies who, unwittingly, have fun around the fountain of youth. On the margins, the miserable and the abandoned assist, while the popes, already hit by arrows, emperors, sultans, monks and lawyers lie on the ground.

The problem of attribution still remains unsolved, while criticism is in agreement in dating the work in the mid-fifteenth century.

rooms 4 - 5 sculptures from the 15th and 16th centuries.
Crossing the threshold of room 4, the gaze is immediately captured by the beauty of the sublime bust of a gentlewoman known as Eleonora d'Aragona, made by the Dalmatian sculptor Francesco Laurana in the last decade of the fifteenth century. One of the absolute masterpieces of "beauty".
In the same room we find two other precious portraits linked to the figure of Laurana: a small Head of a gentlewoman, later than the bust of Eleonora, and a bust of a young man.
The room houses some of the major works belonging to the so-called Gagini school (Antonello and Domenico), who were the greatest architects of a Renaissance statuary, properly Sicilian. 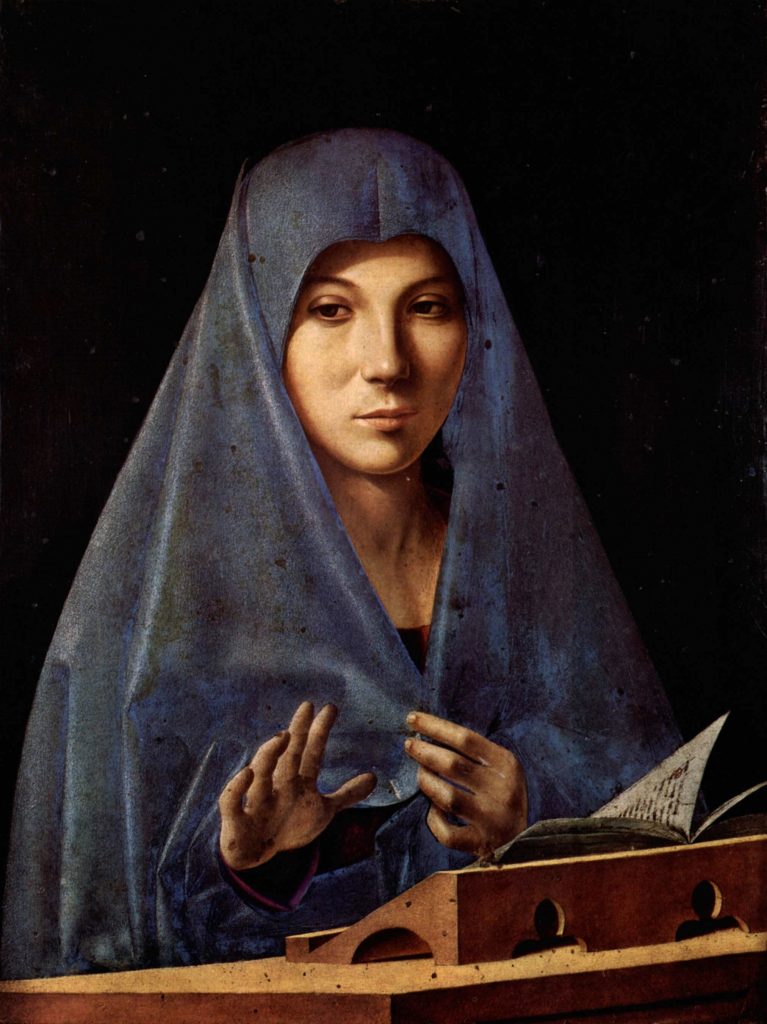 room 8 – 17 Pinacoteca (paintings from the 13th to the 16th century). In room 11 is the Annunciata Virgin by Antonello da Messina, the Sicilian Mona Lisa.
Soft, eternal, suspended in the visitor's thoughts, the figure of this lady really leaves you breathless.
The Virgin, taken by surprise by the arrival of the angel (here absent compared to the traditional iconography), closes herself within the folds of the blue cape and stretches her right forward, suspending the reading of the book and triggering with the angel a close dialogue.

A real portrait that admirably combines the Italian perspective lesson, in its volumetric geometry and Flemish naturalism.

Of the same painter are the three tablets with the San Girolamo, San Gregorio and Sant’Agostino, cusps of a lost polyptych.

The frame of the Processional Gonfalon, of late Gothic architectural conception, comes from Tusa (Messina).

Of great value are the paintings of Flemish painters and donated to the Gallery largely in the nineteenth century.

The central panel houses the splendid Triptych, attributed to the Flemish Jan Gossaert known as the Mabuse.