Himera
All the places 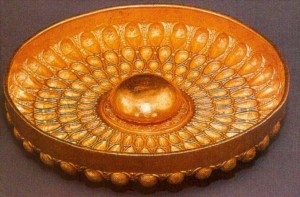 Himera was one of the most important of the Greek cities in Sicily. It was settled in 648 BC and saw two major battles, one in 480 and one in 409 BC, both against the Carthaginians. They won the first battle but lost the second and the city was destroyed. Buried here were some of the finest discoveries in history, those of the warriors and horses from these battles. These spectacular finds are now housed in the neighboring museum and among them are a gold Phiale (photo), various coins, beautiful vases and jewelry. 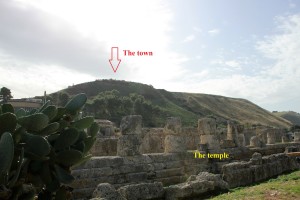 The city was developed on a plateau overlooking the sea. At its entrance is a series of small shrines and some buildings that lead up to the highest point, where you can see the larger shrines on the Acropolis, and one almost certainly devoted to Athena. 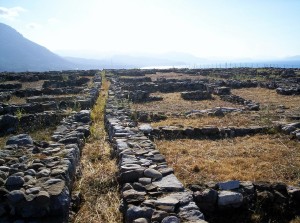 Just beyond begin the ancient city of Himera (photo) divided by perpendicular streets. We can see the ruins of the homes, that often have an outside porch. You can see cisterns inside the houses and  the outlines of the rooms of these ancient dwellings are perfectly visible.

Moving south again, here are the ruins of other dense populated areas of Himera. 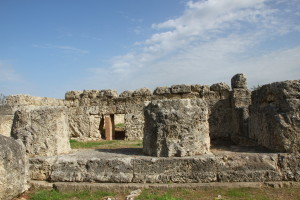 In the lower part of Himera is the Temple della Vittoria (photo) that still has beautiful fluted columns and was dedicated to the victory over the Carthaginians in 480 BC. It is a temple in the Doric style, probably dedicated to Nike (the goodess of Victory), that had 56 gutters in the shape of lions’ heads. They are now in the Archeology Museum in Palermo.

For the record, after that battle the Sicelioti made sign  a treaty to the Chartaginians in which, among other things, forced them to give up the famous human sacrifice perpetuated during their religious festivals.

map
Inside the archaeological park of the homonymous and very famous colony siceliota (destroyed in 408 BC by the Carthaginians) is this very rich museum. There are preserved the most remarkable finds...
map
Mura Pregne The countryside around Termini Imerese and Sciara is full of agriculture but also archeology. Even today it is a very mysterious place and one that had been inhabited from the...
map
L’antico Euraco, alto 1326 m, a dominio della baia di Termini Imerese è un rilievo carbonatico sulla costa settentrionale siciliana tra i fiumi Torto e San Leonardo. Un tempo rifugio di eremiti,...
This site uses cookies. By continuing to browse the site, you are agreeing to our use of cookies.
Ok Find out more