Mura Pregne
All the places 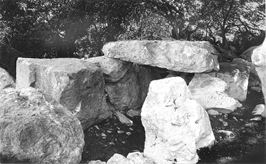 The countryside around Termini Imerese and Sciara is full of agriculture but also archeology.

Even today it is a very mysterious place and one that had been inhabited from the Paleolithic period (10,000 years ago) and until the Middle Ages, at which point the village of Brucato arose (apparently destroyed in 1399) and where there are the evocative ruins of the church of Sant’elia. An abundance of pottery has been discovered here.

Among the various ruins, scattered over a wide area, there are those of a massive megalithic wall and a curious tomb-like structure (a real tomb or maybe a guard post ?).

Mura Pregne could have been a Greek outpost of the 5th century BC, fortified by Himera, to protect the River Torto.

Beautiful and wild, like this site, the vegetation and shrubbery consists of olive, carob and ginestre.