Few ruins, a castle and a beautiful museum
All the places

Abacaenum: the few ruins of the town

Few remains of the ancient Abacaenum but a good occasion to visit Tripi, a nice little town in the hinterland of Messina, with a beautiful museum of Abacaenum and a nice walk from the centre of the town up to the ruins of the castle.

This was an ancient city founded by the Siculi and then Hellenized by Dyonysius of Syracuse in the 4th century BC. It is famous for its mint and its coins that bear the classic symbols of sows and boars. They are in museums around the world. Many excavation attempts have been made to bring the ancient city ruins to light, but still to no avail. 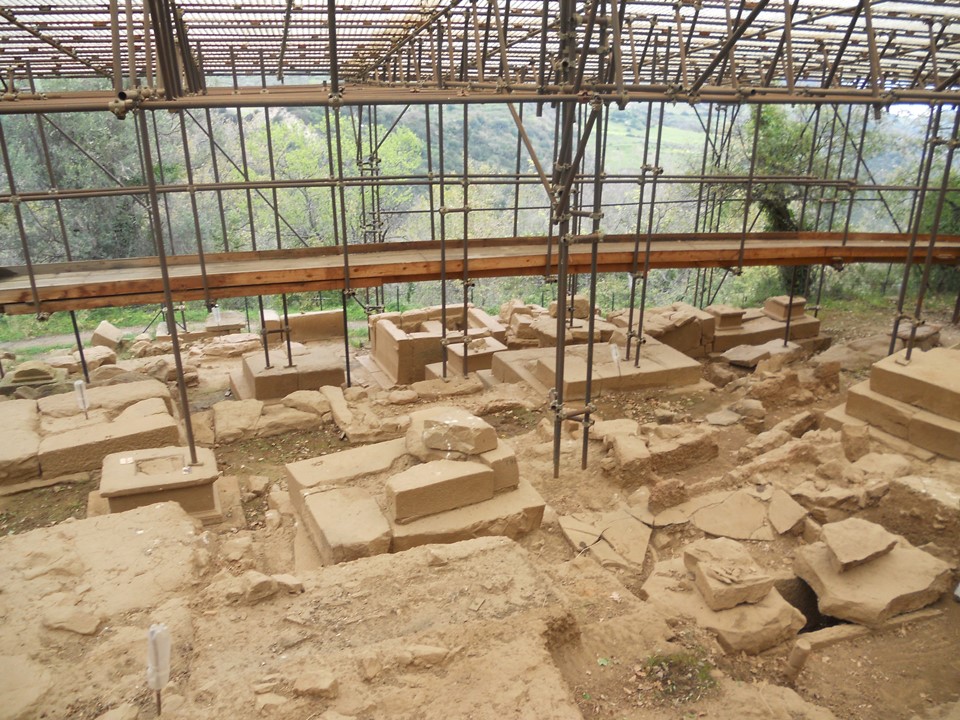 In the tombs (cremation and graves) and in the previous excavations, there were some splendid artifacts discovered such as coins, amphorae, beautiful   pottery, some circular bronze mirrors, a bronze situla (vessel), iron weapons…and still more: remains of a Roman villa, the torso of a headless statue, the Agorà, a paved road, stone columns, the columns formed by stacked rings of clay, and a Roman hearth…(all unfortunately, not presently visible). Additionally, in the area of S. Caterina, a skeleton of 1.80 meters in length was found.

The major part of the city must have been in the Piano district. It was 36 BC when Caesar Ottavian, the future emperor of Augusta, destroyed Abacaenum. Now a day (2012) we are still hoping to find the remains of the city !

map
Sperlinga cave A cave inhabited since prehistoric times in a position that, even today, is almost primitive; in the forest, hidden, and almost inaccessible! A very curious place, extremely...
map
Curiosamente denominata il “cervino di Sicilia” per la sua somiglianza (in miniatura) col bestione alpino, Rocca di Novara (1350 m. s.l.m.) è raggiungibile in poco meno di 3 ore di camminata. Ad...
map
A great and magic place. The best way to approach it is from Montalbano Elicona. Located between the Peloritani mountains and the Nebrodi mountains, the Malabotta wood (700 - 1300 m asl)...
This site uses cookies. By continuing to browse the site, you are agreeing to our use of cookies.
Ok Find out more