Pantalica
All the places 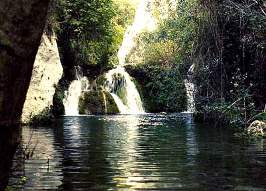 One of the masterpieces of Sicily. A Unesco world heritage site, Pantalica is an archeo-naturalistic pearl on the island, where man has fused with nature perfectly.

With a good part is still unexplored, Pantalica is a deep canyon (cava in Siciliano) carved by the Anapo River and characterized by a necropolis over a large area with thousands of stone tombs and caves carved into the rock, dating back to 1300 BC, and like a beehive drawn on the vertiginous wall. 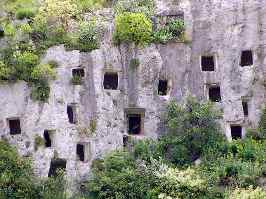 How did the Siculi carve them in the rock ?  The most credible hypothesis is that they descended from the mountain on rope. 5000 caves discovered and a good number more probably ready to be opened.
Pantalica holds a mysterious fascination in the absolute sense. You can see archeological ruins, and you can feel natural solemnity, interrupted only by the call of a bird of prey or the meditative flowing river.

And, to add to this sensation, this is a place where a human could take refuge, like a hermit, never to be found. 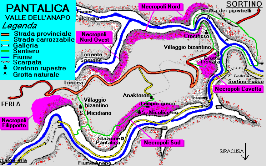 Pantalica is accessible from the towns of Sortino or Ferla. 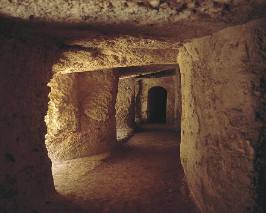 We arrive at the south side of Pantalica, after a series of serpentine curves drawn in the limestone. Here, in the high part, it is possible to visit a series of prehistoric and Byzantine villages (Sella di Filiporto) carved in the rocks (photo). One sees houses, steps, small churches with altars and paintings, city walls, necropoli, never ending.

In the eastern part of this side, is a construction with stone megaliths, a probably Anaktoron (palace of the King, photo).  From this point you can see the river and the romantic rail below. The road ends, between one necropolis and the other, after 10 kilometers from Ferla.  Here with the Sorino area in front (the other entry point into Pantalica) start the long descent which brings you to the river. Here continues the apotheosis of papyrus, streams, natural bridges, caves…..

If instead you decide to come in through Sortino (north side) one arrives, after about heading 15 kilometers down the road. Here the descent begins to the river (the opposite of Ferla).  The show at this point is the same, but opposite, with the necropolis in front of you. Suddenly the descent leads you to the Grotta dei pipistrelli (“Cavern of the Bats”). 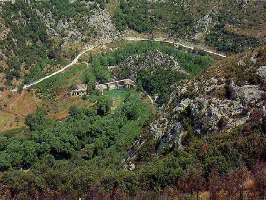 From Sortino it is possible to reach the famous railroad (photo), now underground that crosses Pantalica on the southern side and connects Sortino with Ferla. There are no words to describe the magic that must have been this train, tucked between the canyon and the cemetery, between the water and the lush vegetation. Crazy. Today you can walk almost the entire route on foot.

A last obvious remark: contact us for more information.

map
A Unesco World Heritage site, Pantalica is a marvel of Sicily, an archeological and naturalistic masterpiece. It is a vast, vast canyon (“cava” in Sicilian) of nearly 4,000 hectares and unique...
map
37° 6'25.55"N   15°11'29.82"E  (Via Mario Francese, 29 - 96100 Siracusa)   The Palombara Cave, visited by man for thousands of years and animals before...
map
The territory is made up of two small, deep river valleys, separated by a small plateau. There is a system of caves that extends about 2.5 kilometers. The Villasmundo Cave is the most developed,...
This site uses cookies. By continuing to browse the site, you are agreeing to our use of cookies.
Ok Find out more