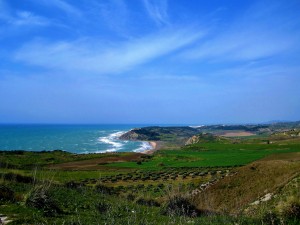 The “Riserva Naturale Orientata di Torre Salsa “ extends along a stretch of coastline, 750 acres, beautiful and pristine, overlooking the azure of the Mediterranean Sea and endless sandy beaches. In this Siculian corner, in the province of Agrigento, six kilometers of wilderness are all in a succession of diverse but fascinating habitats: dunes, cliffs, Mediterranean wetlands, traditional crops and on the sea, the prairie of Poseidonia Oceanica (Neptune grass).
All the beaches are like paradise, in perfect tropical style. 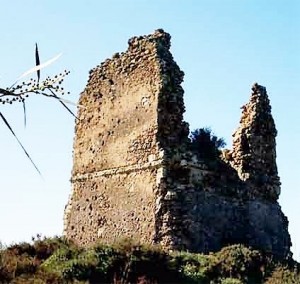 The name of the reserve comes from the tower that stands on the top of a small clay hill, which shows where the process of erosion is more intense, the white, chalky clay marl.

Behind the cliff there are natural terraces where the agricultural landscapes developed. These well shaped terraces, engraved by a few very branched and deep streams, such as the stream of the Cannicella which empties into the sea, creating beautifully scenic views. 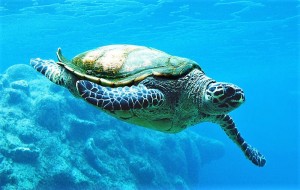 The list of widlife that you may encounter is varied; porcupines, ravens, raptors and shorebirds along the beach, wadling birds and a flock of seagulls. Here again live pergreine falcons, kestrals and red kites.  The golden sands, like Lampedusa, are inhabited by small turtles from the Caretta caretta (Loggerhead sea turtles) species, that lay eggs.

Starting from the visitor center, walk along a dirt path that leads to the Giardino delle Orchide (Garden of Orchids), and then, at Valle del Ginepreo (Juniper Valley), you can see the last vestiges of the Phoenician juniper, on the slopes of the impulvio (watershed) of the amphitheater, that consists of a layer of gypsum crystals. Up the valley you come to an area where there are some abandonded quarries, where you can enjoy a broad panoramic view of the coast and the sea.
Walking along the coastline you can look out to sea and view the rock-type vegetation.

Along this path, you can observe the gradual change in vegetation from scrub to dunes.

After arriving at the beach, you can enjoy the charming view of the clear sea with its depths rich in plants and animals, the true Kingdom of divers.

This tour can be done in half a day. We recommend bringing along binoculars, hiking boots or sneakers, hat, water bottle and a bathing suit.

map
Overlooking the African sea (the ancient name of this part of Mediterranean sea) here it is the ruins of Eraclea Minoa near the mouth of the river Halycus today called Platani. Another...
map
Si trova all’interno dell’omonima colonia siceliota e contiene reperti che vanno dal VI al I sec a.C.: vasi di ceramica e terracotta, monete di bronzo, metalli, utensili vari, sculture in pietra...
map
The Platani River is one of the most important in Sicily. It was, evidently, navigable and was an important means of communication for the Greeks and company. Once covered by a thick forest (like all...
This site uses cookies. By continuing to browse the site, you are agreeing to our use of cookies.
Ok Find out more