Masterpieces in the plain of Catania
All the places

We are in the area of Palagonia, where the oranges are a very serious thing, like the Tarocchi of Sicily, bloody red.

These sites both deserve their own descriptions but they have been grouped together because to see one without the other is a mistake especially since they are so close to one another.

The slopes of Santa Febronia, above the town of Palagonia, are situated on mountains that dominate the plains of Catania and that millenia ago hosted the pre-Greek population, the Siculi. On this high ground, truly, they all lived: from the prehistoric Sicilians of 2000 years ago, passing to the Greeks, the Byzantines and on to Medieval times.  This ridge, already striking scenicly also revealed some remarkable findings. Shells emerged from 5 million years ago. At one time they were in the Mediterranean Sea, today, up here, they are fossilized having been relocated by the movements of the tectonic plates! 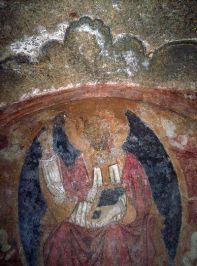 Across the long corridor on the hillside that overlooks the valley of the plains of Catania, one follows a path that runs along the mountain. It is characterized by a series of very interesting cave dwellings with many structures carved into the rock: cisterns, windows with panoramic views and niches used for assorted utensils.

At the end of this walk one arrives at the hermitage of Santa Febronia of the 7th century BC, an exceptional Christian sanctuary carved into the rock. Inside there are a series of frescos (photo Christ Pantocrator)

If instead you arrive at the bottom of the hermitage, at half way, you can climb a rock stairway and one arrives after passing a necropolis with burial tombs, at the top of the mountain where you can still see the holes in which to insert the posts for the huts! (photo)

Returning to the hermitage, a little below is a wash trough filled with pure and perennial waters.

The entire ridge has a series of grottoes in which remain drawings and writings of the period and of the Siceliota (or Greek) inhabitants, including one that reads: “Here Ninfodoro has sodomized the beautiful Damylys and they have been very happy”  !!! 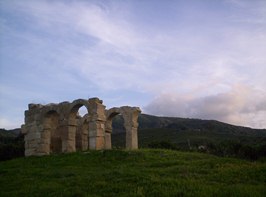 Almost inside the town of Palagonia is the so-called Basilica of San Giovanni (photo) a fascinating and mysterious building with splendid arches.

This look harkens back to an early Christian building (400 AD)  but it would not be surprising if it were originally a temple of the Siculi or Greeks. 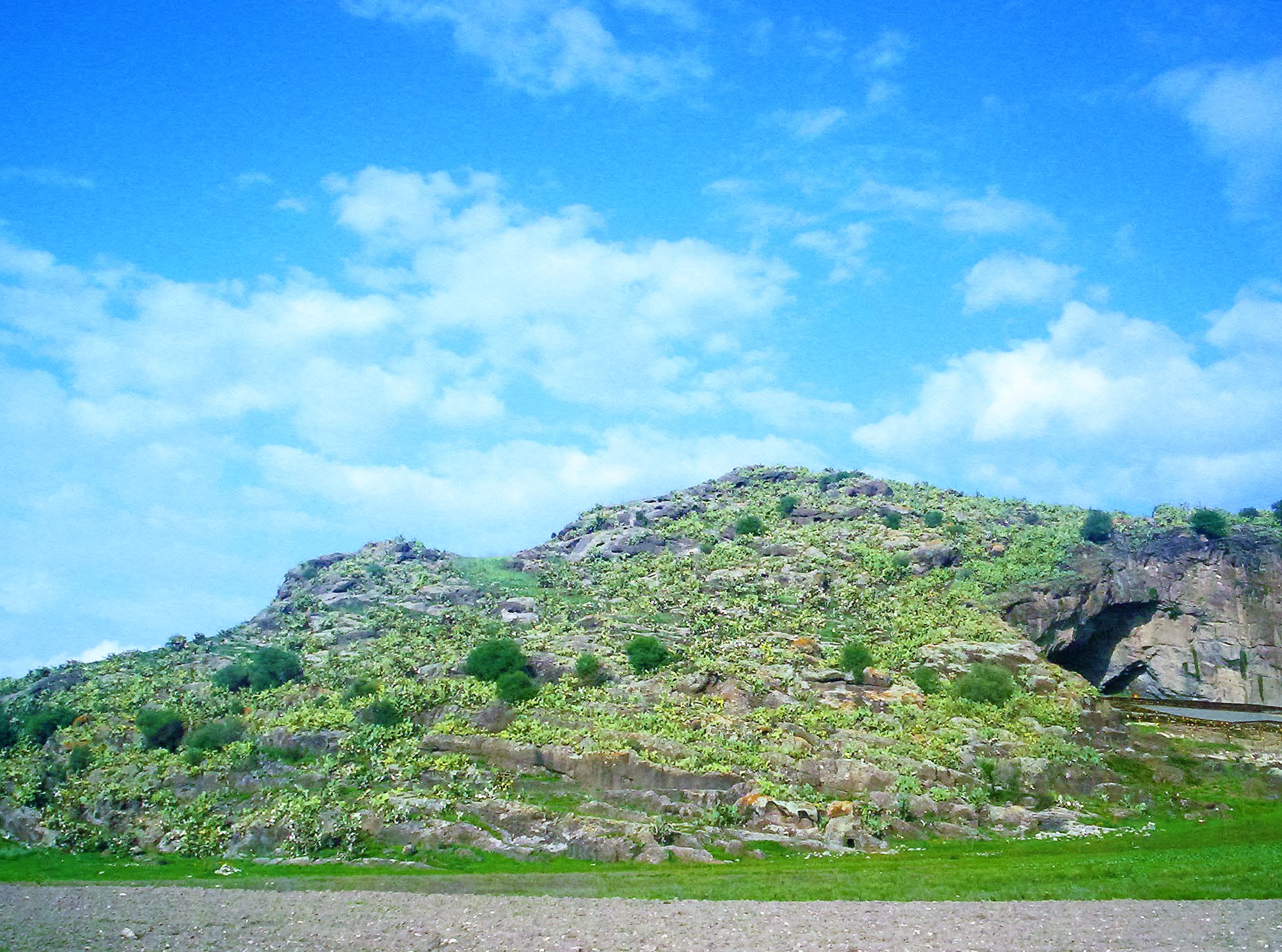 But certainly the great queen of places is Palikè (photo), absolutely one of the most significant archaeological and evocative areas of Sicily especially for Sicilians who want to study their history.

This is a rocchicella or  a small mountain inside the plain of Catania.  Palikè emerges from the field suddenly and in silence.

This bucolic Rocchicella of Palikè was the seat of the Siculi people, that prior to the arrival of the Greeks (8th century BC) ruled this part of Sicily.

Their leader was named Ducezio, that, in those times, was like saying Pele in Brazil ! For the Greeks it was like Sylvester the Cat for Tweety Bird: a real torment! 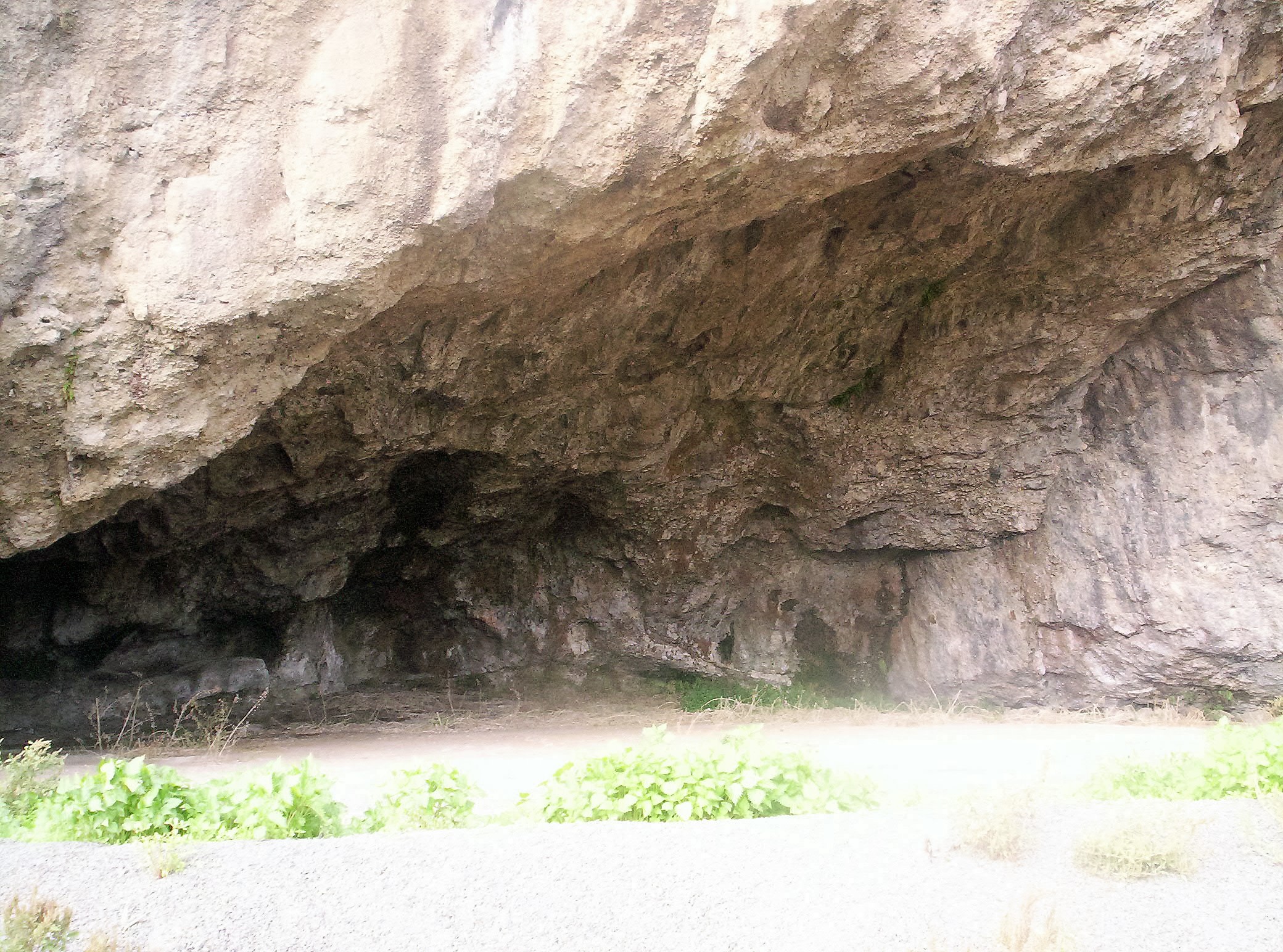 He was exiled, no one knows how many times, but always returning, bringing turmoil to the Sicelioti.

Palikè, is riddled with archeological burial caves carved into the rock, and has at its base an enormous grotto, perhaps the most sacred shrine remaining from pre Hellenic ancient times: the Sanctuary of Palici (photo) 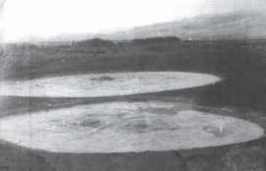 Behind this were two ponds (photo from the beginning ‘900) of volcanic origin, today extinct, that because of their gas emissions and boiling water, stirred the divine emotions of these ancient Sicilian ancestors.

The two ponds were known as the brothers Palici (the divinity). Over time, they assumed the name of Naftia and around 1940 they were incorporated into an industry that produced cans of oxygen and dry ice… An ugly end for the ancient gods!

Palikè is really marvelous with its wild growth of prickly pear.

At the top, accessible by paths and stairs impressively carved into the rocks, are the ruins of a city from the 4th century BC.

It had, however, been inhabited even earlier, since prehistoric times, and they have found flint tools used for hunting by these Sicilian men of 12,000 years ago, as well as bones of the animals Bos primigenius, Cervus elaphus and Equus hidruntinus, (more simply: ox, deer and horse). 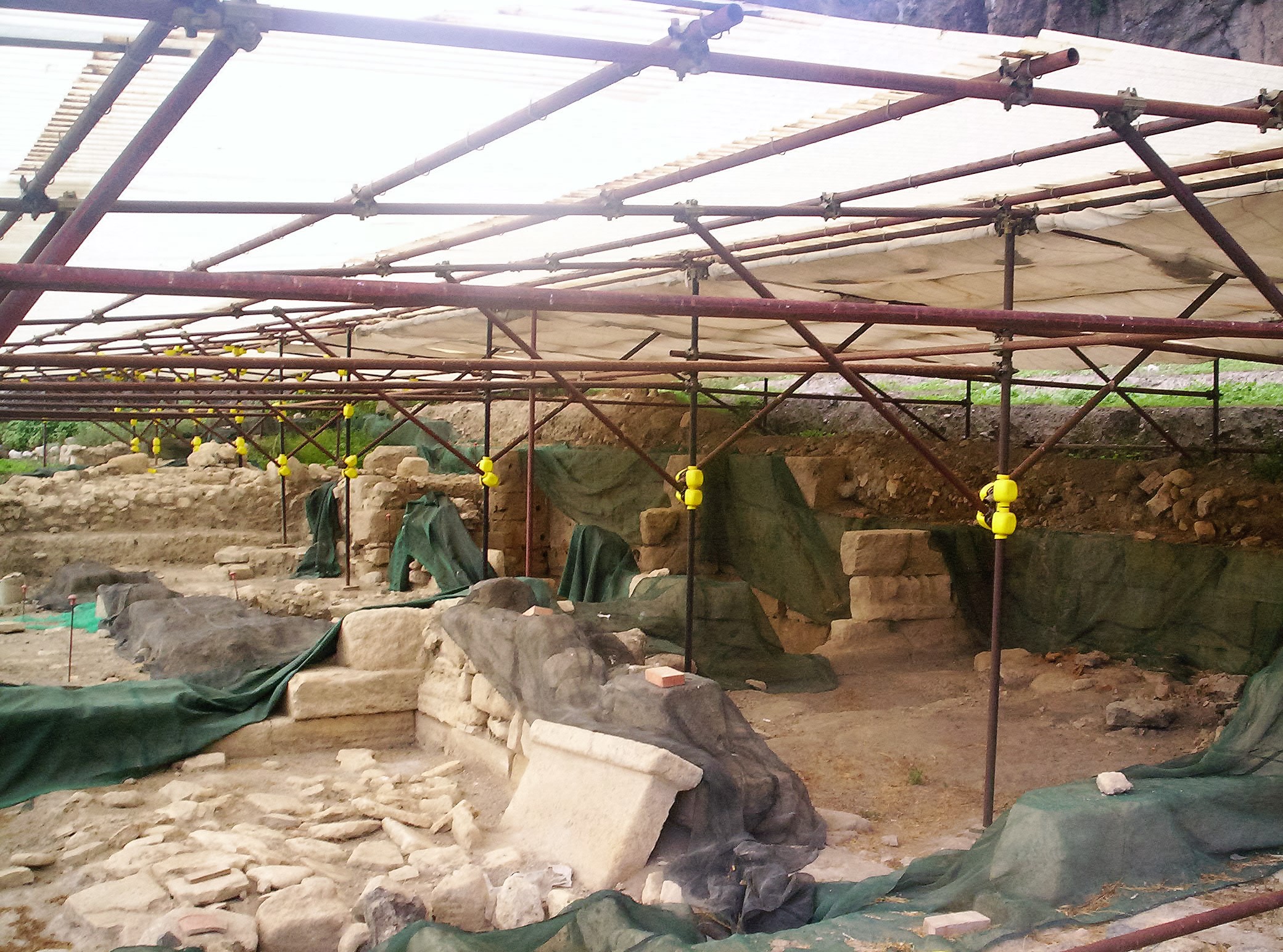 Behind the grotto-shrine there are excavated ruins of imposing constructions from the 5th century BC.

This is the hestiaterion (building for banquets, rebuilt in the photo). The two lower terraces  have service doors. There is also a small antiquarium

map
Housed in the eighteenth-century Interlandi masseria, in one of the most evocative places of the whole Sicily, the museum stand on the slopes of the homonymous archaeological area. Among prickly pears...
map
A beautiful place made magnificent by waterfalls and canyons that meet in the rich vegetation and are active all year around, even during periods of severe drought. The recommended route (which runs...
map
Montagna of Ramacca A place of much archeological interest, is the Montagna di Ramacca. It faces the Plain of Catania and at one time was full of people near the rivers and on the various...
This site uses cookies. By continuing to browse the site, you are agreeing to our use of cookies.
Ok Find out more