Eolian islands
All the places

Eolian islands
These islands are volcanic and were named for Eolo, the god of wind. Since prehistoric times they have been a major point of interest for invaders and have been conquered by a multitude of peoples.

Holding the designation of a Unesco World Heritage site, they are pearls of great value: archeological, panoramic, naturalistic and….for swimming 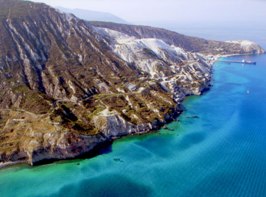 Lipari, the largest of the Aeolian Islands, was a very important area in the past: in fact, the large amount of obsidian present in its volcanic mountains, and its characteristic quality (hard edge), at one time, made it the most sought after material in the Mediterranean. Obsidian was a lottery win for it’s Aeolian discoverers, among the very few in the Mediterranean to have the rock. Essentially, it was used to make, knives and arrowheads and it had a great export market! 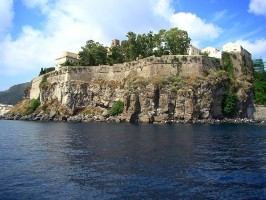 But Lipari, like the rest of the Aeolian Islands, was always extremely sought after. The characteristic promontory (called Il Castello) where the castle sits with its imposing cupola of lava, is a spectacular show of archeological finds, which in early times, but not only then, made it the father of these islands. Practically almost inaccessible from all sides, and today enclosed by the medieval castle walls, there is a plateau at the top where, besides the archeological museum, we find the foundations of circular huts (5000 BC) and the mysterious sanctuaries of prehistoric populations. Here we see a charming village that was inhabited some 5000 years before the Greeks and Romans and so on. 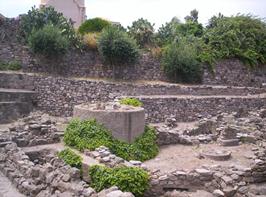 Above the prehistoric terrace there are traces of the Greco-Roman period. Among the various and fascinating ruins are the “Bothros di Eolo” (photo 3), a deep votive pit of more than 7 meters with a diameter of 3 meters, where the faithful threw various objects like vases and terracotta statues, offered to Eolo, the god of wind.

One can see traces of Siceliot (Greeks of Sicily) walls, over 50 meters of blocks from which square towers protrude, one of which is visible in the north end.

On the inside of the wall one can see rooms belonging to Roman dwellings, built in the 2nd century AD, on top of the ruins of older houses that were in use until the 5th century AD. 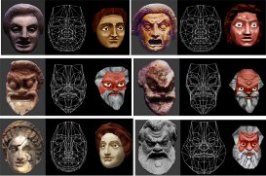 To date, the various necropoli have brought to light some 2500 tombs. Most of the graves were marked by a stele or stone with an engraved inscription. The funeral rites practiced during the Greek and Roman ages were a mix of burials and cremation but with a prevalence of burials; the bodies were mostly deposited in sarcophagi of stone or terracotta, some of which have been reconstructed and are visible in the park.

Among the finds is a truly incredible (and unique in the world) collection of Greek theatrical masks (from the 4th century BC, photo 4), preserved in one of the best archeological museums in the world: that of Lipari, to be precise. 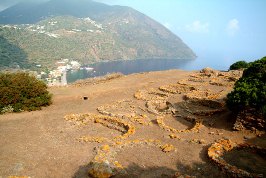 Capo Graziano (photo 5) is a site some 135 meters above sea level on the island of Filcudi. The prehistoric Sicilians lived here in 1500 BC (the Bronze Age) in oval huts surrounded by a stone wall. Here they developed a particular type of pottery that bears this name. There are two types: in the oldest type, there are vessels with smooth surfaces decorated with incised linear patterns. The second type frequently has decorations incised in horizontal patterns of wavy lines with rosettes and triangles.

Filicudi is, of course, also rich in underwater archeological areas with vessels seeking refuge from the bad weather. Nine wrecks have been found on its seabed 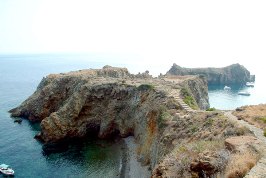 Punta Milazzese (photo 6) is a promontory on the Island of Panarea where one finds a village from 1300 BC, slightly after that of Filicudi mentioned above, but still dating to prehistoric times. With nearly vertical walls that jut into the spectacular sea archipelago, it was a virtually impregnable site. Here is the village with more than 20 round huts bounded by rectangular walls made of dry stone. The fact that in many of the huts there were found vases and other objects still in place, indicates that this village suffered the same violent destruction that was later found in all the Aeolian settlements of this age.
Salina, finally, has traces from prehistory to the Roman period along its perimeter.