A XIII century palace full of art
All the places 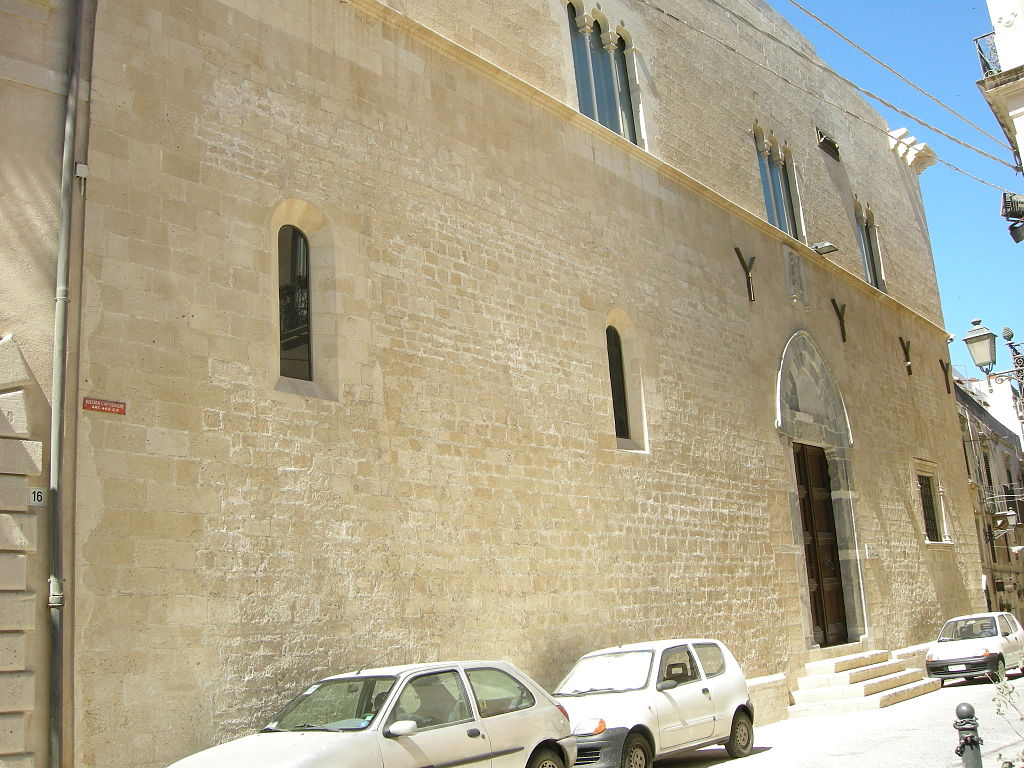 In this splendid building of 1200 (the first level), which alone is worth the ticket price, works of art of great value are preserved which show the developments of figurative culture in Syracuse and more generally in the south-eastern area of Sicily, with particular regard to pictorial production and decorative arts.
Palazzo Bellomo (on the left, photo by Saliko), solemn, looks like an Osterio (fortified residence), with a façade with square blocks, and the only opening represented by the pointed portal, closed by a lunette, and two slit windows on the left.
In short: a castle without battlements !!!

In 1365, the palace passed into the ownership of the Bellomo's, a noble Roman family, to whose lineage eminent figures in the life of Syracuse belonged. The elevation of the building dates back to this period, with evident influences of Catalan art from the 15th century, recognizable for the mullioned windows present in the façade and in the luminous staircase, which joins the Swabian portico.

The exhibition is simply phenomenal and contains a heritage of works dating from the Byzantine age to the 18th century: 1000 and years of masterpieces!
Part of these collections was found by churches and convents, following the suppression of religious orders (1866). 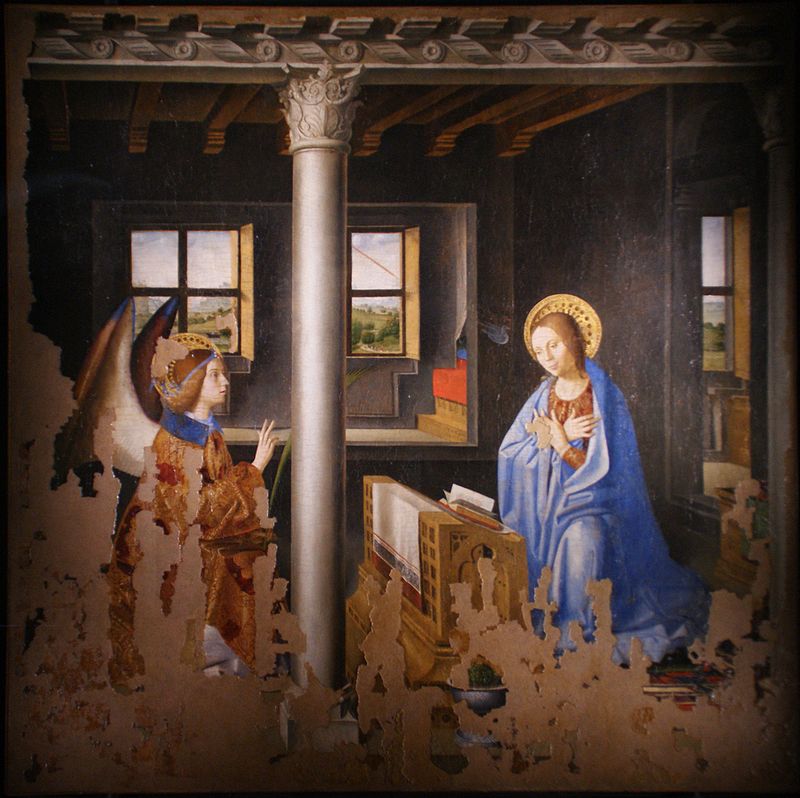 In the rich art gallery, the Annunciation by Antonello da Messina of 1474 is preserved, one of the great masterpieces of art and which was commissioned for a church in Palazzolo Acreide.

Remarkable is a marble slab of Arab art of San Marziano and two stylofori lions of the XII century.

Beyond the Catalan courtyard, behind the staircase, there is the eighteenth-century Cortile delle Palme, along whose walls are collected Syracusan marble coats of arms, both civil and religious, of different origins, including the large coat of arms with the town sign depicting the castle and the monumental Spanish viceroyal coats of arms (originally on the Porta Reale and Porta di Ligne).

For a long time, another work of considerable prestige was also housed here, The Burial of Saint Lucia by Michelangelo Merisi da Caravaggio, which can now be admired at the Church of S. Lucia alla Badia in Ortigia. This large canvas is the first Sicilian work by Caravaggio, who stayed here in the autumn of 1608, fleeing Malta.

The museum also host a collections of sacred silvers and the two sarcophagi of the Governors of the Royal Chamber, Giovanni Çabastida and Giovanni Cardenas are beautiful.

Ground floor of 1200 (with large quadrangular rooms, covered by cross vaults)
rooms 1-4 Sculptures from the Byzantine period to the 16th century; carriages from the 18th and 19th centuries
room 3 Sculptures by Gagini and Giovan Battista Mazzolo

map
We are in Syracuse, the town of Archimedes! This is a natural reserve with not only great historical importance (having been the navigable river in the time of the Greeks) but that has...
map
Syracuse and Ortigia Now a day a UNESCO world heritage site, in the 5th century BC, Syracuse was the most powerful city in the Mediterranean, and we could say the entire western world. That...
map
Il museo del Papiro, offre un ampio panorama della storia del papiro e dei suoi usi, contribuendo alla conoscenza dell’arte antica e di alcuni aspetti della storia siracusana. Fu fondato grazie...
This site uses cookies. By continuing to browse the site, you are agreeing to our use of cookies.
Ok Find out more