A cave among carob trees and fossils
All the places

The cave was frequented since the Paleolithic age.

In front of the entrance of the cave, in fact, meal remains were collected, consisting of bone fragments of mammals and molluscs, lithic tools (in flint and obsidian) and ceramic, now partly preserved in the Gemmellaro geological museum of the University of Palermo.

Also in the same area it is possible to find, in winter, some lakes formed by the percolation waters.

The cavity continues inside the mountain with an upward trend, with a slope of about 30 degrees. 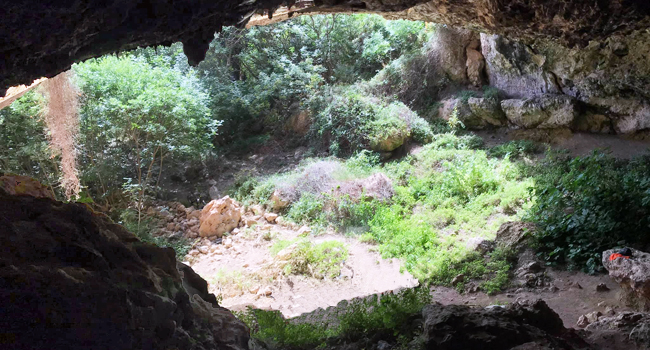 Walking along the cave, as you move away from the entrance and the natural light decreases, the algae
on the walls of the boulders disappear, allowing you to better observe the nature of the rock.

Pines, cypresses and eucalyptus trees were planted in the reserve.

There are several animal species, including a colony of bats and numerous diurnal and nocturnal birds of prey.

There is also an abundant vertebrate fauna that can be observed occasionally as foxes, porcupines, bats, a rich birdlife and the tawny owl.