A great place, a hermit, the sea, the past
All the places 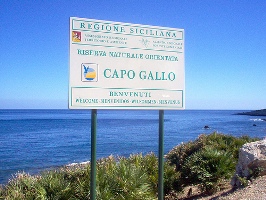 The mountain ends at the promontory called Capo Gallo separating the gulfs of Mondello and Sferracavallo. It is a beautiful place, deriving charm from being so close to the sea.

It is a beautiful place, whose charm is enhanced by being so close to the sea.

Basically, Capo Gallo consists of two parts: one near the sea and the other at the top.

At the summit you get from the city center to Partanna Mondello.

A track that goes into the woods rises with a breathtaking panorama at 541 meters high where there is a lighthouse, the so-called Semaforo. 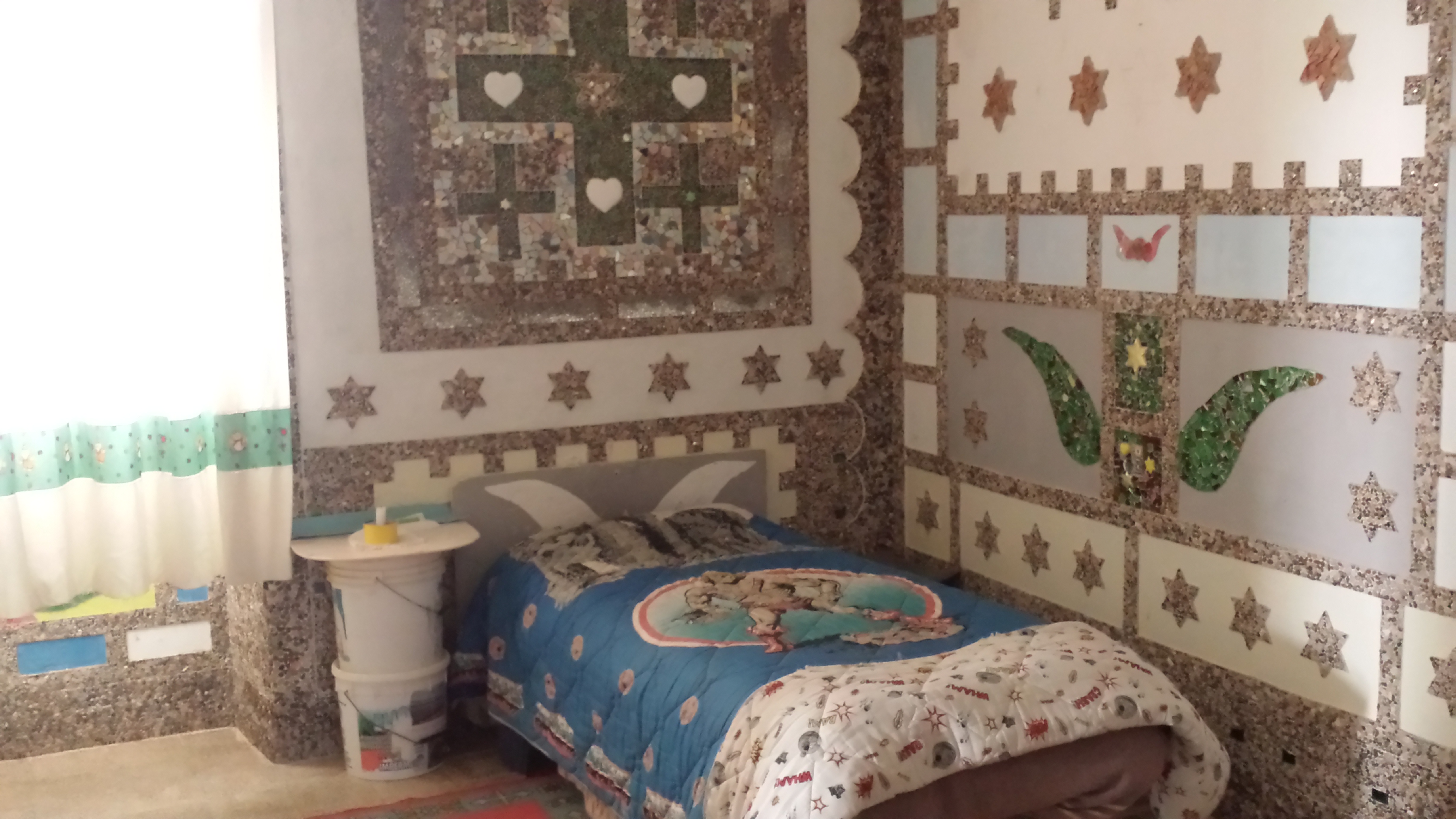 Totally in a state of neglect it has become the object of attention by the so-called hermit, a sort of bizarre artist who has mosaicked all the rooms of the building, making it practically a sort of unparalleled jewel.

An absolute masterpiece, to put it in quick terms made even more special by the continuous remodeling that makes the hermit, which removes and adds miniscule fragments of stone and glass almost daily.

A straordinary work created by the "lucid madness" of a human being.

I think it's one of the things that will surprise you the most in your whole life as a traveler! 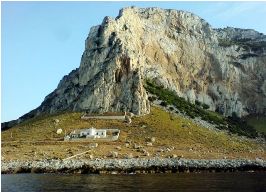 We leave the summit and take the path close to the sea.

It combines the villages of Mondello with that of Sferracavallo and offers truly fabulous views of the coast.

Right on its extremity, close to the sea, is a romantic lighthouse (photo).

This mountain has many caves, that in almost all cases were inhabited by man and have returned very important archeological finds. 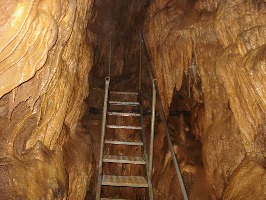 Among the most important is the Grotta Regina (Queen Cave), the largest of the cavities of Marinella, overlooking the Fossa del Gallo at 130 m above sea level and overlooking the sea. The cavern is sheltered from view because it is covered by huge boulders that make it difficult to search for.

Up until today,  this cave is the only Punic sanctuary that has been discovered in the Mediterranean. The walls of the Grotta Regina (Queen Cave), straight and smooth, have hundreds of inscriptions and drawings from different periods representing human figures and animals. Among them we can identify a Punic soldier, a bear, a horse, an arm with a snake coiled around it, three ships … prayers, petitions and signatures as well.

The inscription in the Punic language from the seventh century BC confirms the presence of a group of Phoenician-Punic traders; thanks to the one design that is known, found on the left wall, where represented in great detail, we can learn how a Carthaginian warship was made.

But this cave was not only frequented by Punics but by others for whom there is much evidence: pottery found after excavations attest to the passage of Romans, Arabs and Medieval settlers.

One of the most fascinating caves, that of Olio, opens itself on to the water to the delight of travelers by the sea. The coast is characterized by “trottoir a vermeti” (a biostructure typical of the Mediterranean Sea built of chalky shells from the Vermetidi family). The sea bed, rich in fauna and colored vegetation, still contains amphorae, anchors and the wreck of a Cathaginian ship.

In a cave on Monte Gallo, the paleontological discoveries returned traces of dwarf elephant that lived in Sicily and Malta, hippos, and other mammals that lived between 230,000 and 170,000 years ago